For in-depth knowledge about the world and its history and inhabitants, refer to the documents page.

The Creatures page counts all animals and monters in the world.

There are four kingdoms contesting for the land of the world of Awakening. For a better understanding of each kingdom, the history document should be read, which can be found here. 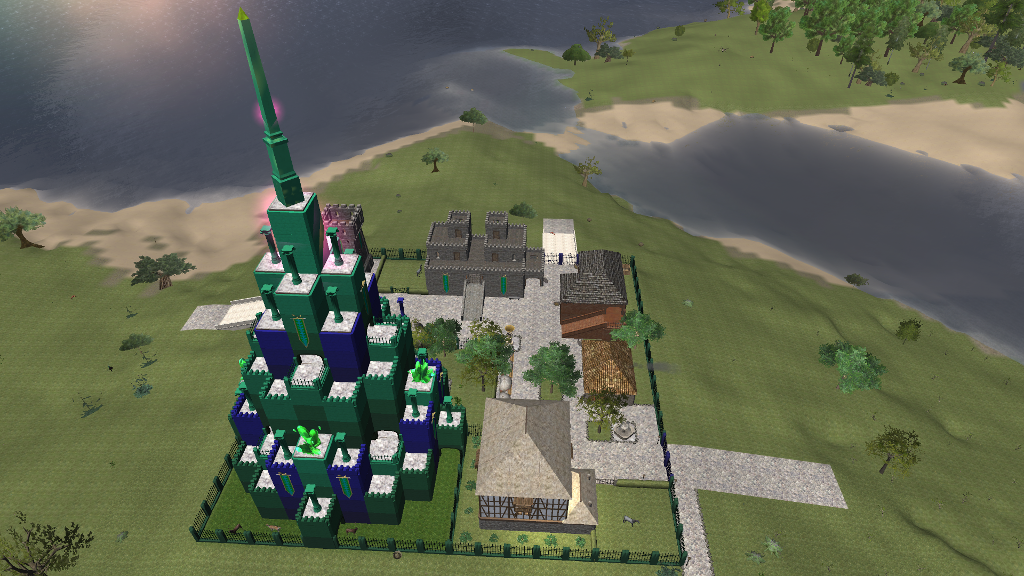 A city to the north west, built around the green and blue tower of Tirvalon, which can be seen from afar because of the multi-coloured beam stretching towards the sky. It's people are kind and gentle, they care for all life. The area around the tower is safe for all people. Players who wish a quiet and safe game, while still being part of the world of Awakening are recommended to choose Tirvalon. Players starting in Tirvalon will be surrounded by a safe PvE zone, but can venture outside the zone when they feel confident. 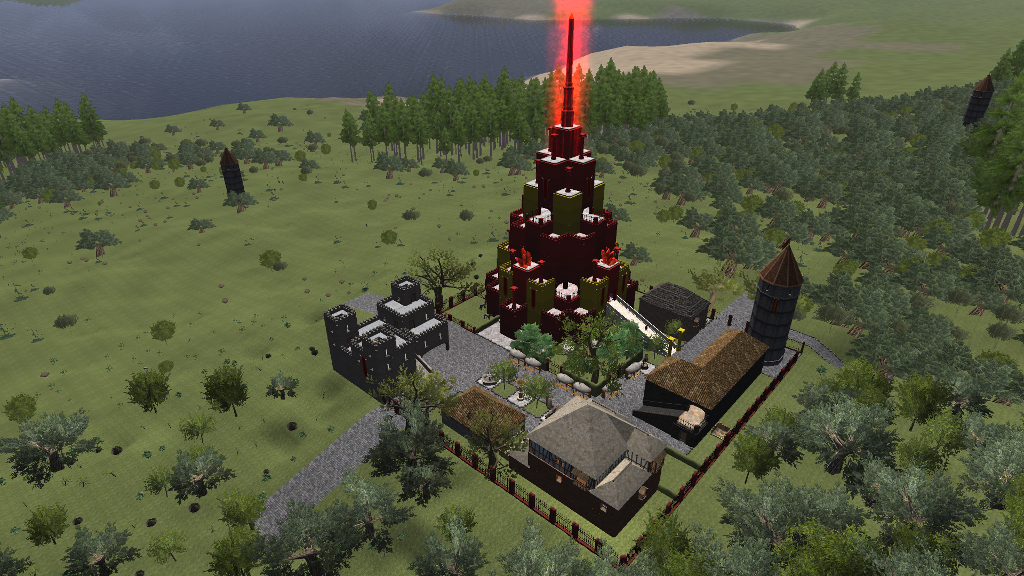 A city to the south west, built around the red and yellow tower of Cellimdar, which can be seen from afar because of the red beam stretching towards the sky. It's people are passionate and honest, dedicated to academic pursuits. The area around the tower is safe for all people. Players with an intermediate experience of Wurm, who wish to partake of the action without being exposed to the PvP aspects of the game, should consider joining Cellimdar. Players starting in Cellimdar are surrounded by a safe PvE zone, but can venture outside the zone when they feel confident.

Located to the north east, the city is built around the black and purple tower of Shodroq, which can be seen from afar because of the black beam stretching towards the sky. It's people have a sinister aura around them, their souls being terribly dark and wicked. Life in Shodroq is hard and difficult, only the most evil people survives there. Note that Shodroq is PvP from start, there is no protecting PvE zone here. Make sure to read the PvP rules of Awakening.

Located in the central eastern part of the continent, the city is built around its fortress with various workshops and the council house. The people of Thekandre call themselves the "people of the dragon", which is because of the history of the world, they are the descendants of the people who left the other kingdoms to follow the dragon queen Qaleshin. Thekandre has declared war on the other kingdoms, blaming them for being responsible for the curse on the world. They are at peace with some of the dragons. Note that Thekandre is PvP from start, there is no protecting PvE zone here. Make sure to read the PvP rules of Awakening.

The capital cities of each kingdom have NPC merchants and vendors. The merchants trades in bulk wares, they both buy and sell wares that can be stored in crates or food storage bins, or barrels for liquids. All sold wares are stored in the global market and may be bought back after some time. Prices are calculated with a complicated formula which takes supply and demand into account, which means that as the market becomes full of a particular ware prices will go down and eventually merchants refuse to buy the ware. There is also a decay tick for each type of ware, which removes old wares after a length of time. A detailed list of wares and merchants is found here.

There is also another model called vendors, where players can sell crafted items to servant NPCs. The crafted items need at least 30 ql to be accepted, and the higher ql the better price. Items sold to vendors are distributed to the background population of each kingdom, i.e. not players, and thus cannot be bought back.

Players can also buy servant contracts and give their servants the merchant task, which will give them the option of keeping a merchant on deed, who will buy and sell wares.